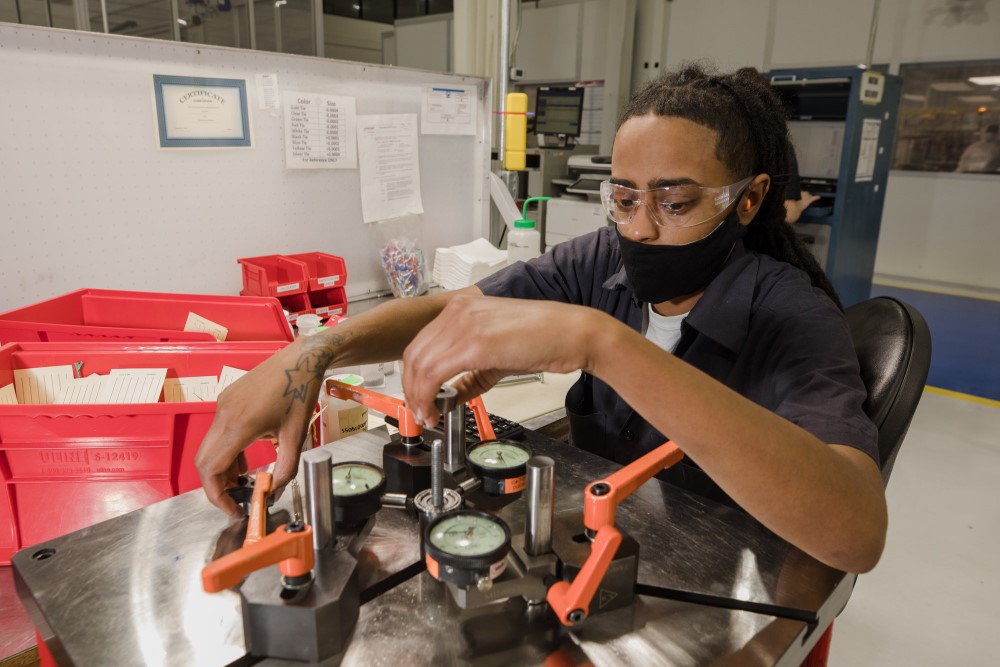 Sumter’s manufacturing base has always been known for making products used across the globe, but now it can add “other planets” to that portfolio with SKF bearings on NASA’s Perseverance Mars Rover.

SKF, with two production sites in Live Oak Industrial Park, has five thin-section bearings in five locations on the Mars rover, and Senior Vice President John Bloomer was in town Tuesday to discuss the company’s Kaydon bearing product line and the specialized units on Perseverance.

SKF manufactures bearings for various industries, including semiconductors, medical device equipment, security equipment and military/defense equipment, and that body of work has allowed it to participate in space mission programs with NASA for decades now, Bloomer said.

Perseverance is a surface exploration device – about the size of an SUV – that is collecting and handling rock and other material samples on Mars’ surface that will eventually return to Earth for analysis to help further missions.

The five Kaydon thin-section ball bearings on Perseverance are in the rover’s main robotic arm, a tool bit carousel that deploys tools to drill in material, a sample collecting “hand” and a sample storage assembly.

SKF Sumter also supplied specialized bearings for the mission’s launch vehicle, which carried the rover in a six-month journey in space on the way to Mars, Bloomer said.

Serving as a supplier in NASA’s space mission programs requires products made with incredible precision and customization, he added.

The stainless steel thin-section bearings had to be durable with maximum functionality, yet also extremely lightweight, to meet requirements, Bloomer said. Repair and replacement is not an option on a space mission.

SKF Sumter’s specialized heat treatment, grinding, cutting and honing on its manufacturing channel line are unique in the bearings industry and qualified it for NASA’s strict standards, according to Bloomer.

“Our biggest investment was in time and in muscle and engineering knowledge and working through the process with NASA,” he said. “We had the equipment and the capability to do it. We didn’t really have to tool up for this. It was just taking a normal type of catalog bearing, but make it very, very special for NASA.”

Bloomer said the Kaydon bearings on the space mission took about three months to produce internally to meet NASA specifications.

Hundreds of manufacturers supplied components and parts to the project, and NASA does its own assembly.

SKF is in an expansion process with its Sumter facilities, and Bloomer credits the local expansion to its talented workforce here and partnerships with schools, including Central Carolina Technical College.

Technology upgrades in the form of capital investments come along with expansions in today’s manufacturing world, and the Sumter sites have shown demonstrated capabilities with its workforce.

Bloomer added he hopes SKF can continue to satisfy its workforce pipeline through Central Carolina.

Based in the Philadelphia area, Bloomer said SKF Sumter is a “great team” and SKF is a “great company to work for.”

“Where else could you ever go and say, ‘I made something, I touched something, that wound up on another planet.’ I think that might be one of the coolest career satisfaction sentences that I have ever heard.”